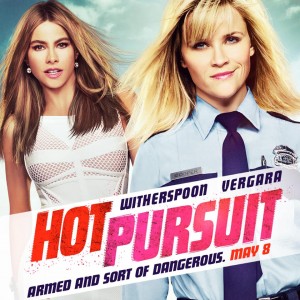 Miranda Lambert released a new song today that was penned specifically for the soon-to-be released comedy Hot Pursuit starring Reese Witherspoon and Sofia Vergara. “Two of a Crime,” written by Lambert along with Natalie Hemby and Nicolle Galyon, has a country-rock feel with an instrumental Latin flare.

We’re a dirty combination, you and me

The way I play it cool and you bring the heat

That makes us two of a crime

The Warner Bros. Pictures film, directed by Anne Fletcher, follows the antics of a cop (Witherspoon) and a drug lord’s widow (Vergara) as they run from cops and criminals alike, and the trouble they get themselves into along the way.

“Reese texted me and told me about the movie and wanted me to write something or sing or both. I got inspired. I love Reese and Sofia. It was a bit of a Thelma and Louise theme, and that’s totally up my alley,” Lambert recently told Ryan Seacrest. It is really so fun to be part of it. It was the first time I wrote a song specifically for a movie, so it was a different experience for me.”

Lambert, Hemby and Galyon also recently took home this year’s ACM “Song of the Year” award for “Automatic,” while Witherspoon and Vergara took to social media to support Lambert’s “Entertainment of the Year” nomination. 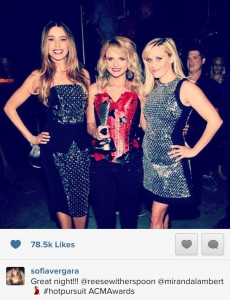 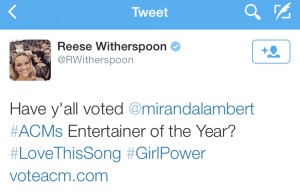 You can pick up “Two of a Crime” on iTunes, and catch the movie when it’s released in theaters May 8th.