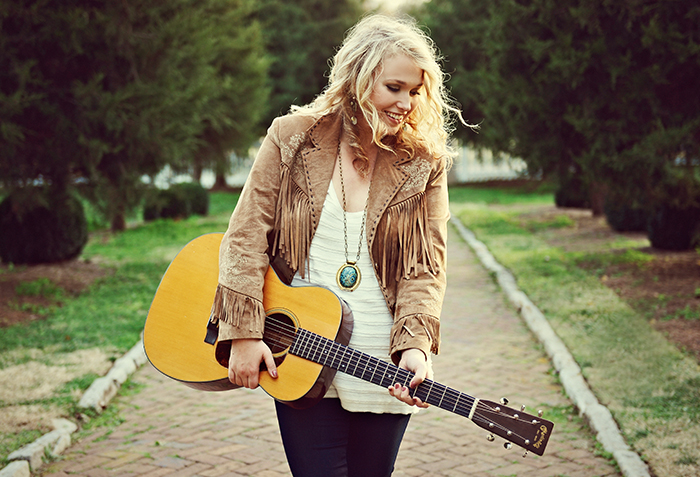 Here at The Shotgun Seat, we love finding great songwriters that are still under the radar. We especially love people who can write a killer sad song. Lucky for us, heartbreaking/depressing/tear jerking/gut-wrenching songs are Stephanie Lambring’s specialty.

Stephanie Lambring is a Seymour, Indiana native who moved to Nashville in 2006. Upon her move, she began playing writers rounds two to three nights per week. In 2010, Lambring signed her first publishing deal with BMG Chrysalis, where she remained as a staff writer for two years. In 2012, Lambring inked a publishing deal with Carnival Music, owned by producer Frank Liddell (Miranda Lambert, David Nail, Lee Ann Womack), so you can see – she’s in pretty good company.

If one would compare Lambring to another writer, the first one that comes to mind would be Lori McKenna. In fact, they are frequent co-writers. Lambring has two songs on her SoundCloud that were written with McKenna.

The first Lori McKenna co-write is called “Rerun,” a song that deals with the troubles of alcoholism in a relationship, and how it runs in the blood. While it started as an issue that her parents dealt with, the narrator realizes that that the same things are happening in her own relationship.

The second McKenna co-write is called “Time and Place” – it’s a bit more upbeat and fun than “Rerun.” The song could be considered a strong woman’s anthem, because it tells of a girl who is happy where she is, not actively looking for love. Lambring isn’t at the bar looking to impress some guy. “I won’t laugh if you’re not funny,” she sings before adding, “ I came here with the girls and I ain’t afraid to go home with ‘em.” The song has a subtle female empowerment message, and we dig females standing up for females.

Another favorite of the songs on Lambring’s SoundCloud is “Get Around,” co-written with fellow Carnival Music writer Hailey Whitters. “Get Around” profiles a girl who copes with her “daddy issues” by sleeping around, and struggles with the guilt and judgment by those around her. It includes a brilliantly written line that you have to see in writing to realize just how clever it is:

“We all got our own demons / Mine’s a love that comes without feelings.

Number and number – two words that are spelled the same but have completely different meanings. It takes a true songwriter to put something like that into lyrics.

Previous Post: Sarah Miles Is Ready for Nashville to ‘Hear Her Out’
Next Post: Joel Crouse Chats Debut Album, Playing Bars at 15, and His Friendship with Darius Rucker