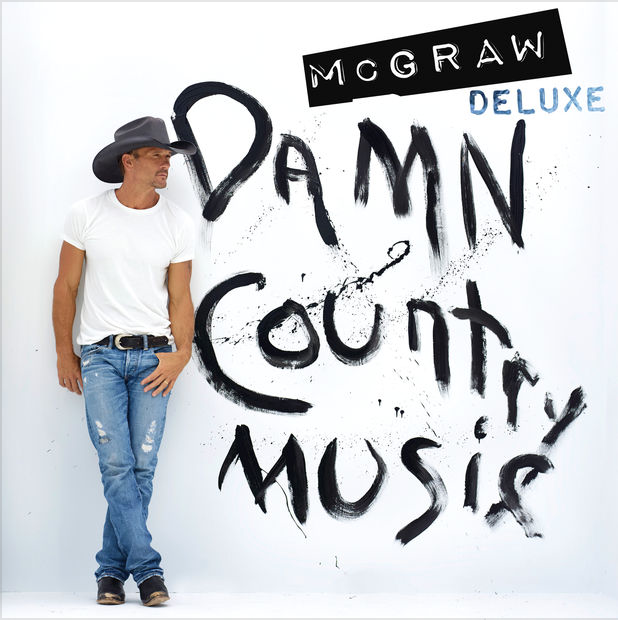 For an artist coming out with his fourteenth studio album, Tim McGraw sure doesn’t act like it. While other artists who were popular in his era have now faded away (Lonestar), made dramatic changes (Dixie Chicks), or become somewhat of a legacy artist (Shania Twain),McGraw has never failed to be relevant as time went on. This is in part due to his willingness to experiment with auto-tune or Taylor Swift features. He may no longer be the biggest act in country music, but he’s still putting out hits without sacrificing much of his artistic integrity. That’s amazing and rare in a genre that has changed drastically since 1993.

On Damn Country Music, though, it seems like McGraw is willing to draw inspiration from his past as well as the present. This is one of the most solid sets of good ol’ country songs that he’s recorded for quite some time. Take “Love Runs” (written by Josh Kear and Brad and Brett Warren). The track is a simple beginning-to-end love story, starting when “love walks into a bar” and ending with a broken heart. Lead single “Top of the World” and “California” (featuring Big & Rich) similarly consist of classic rural imagery. It’s country storytelling at its finest.

Perhaps most endearing on this album is McGraw’s ability to embrace his role as a father. Two of the best songs on the album, “Here Tonight” and “Humble and Kind,” relate to this role. “Here Tonight” features his daughter Gracie on vocals, while “Humble and Kind” has honest and quite vulnerable pieces of advice: “Know the difference with sleeping with someone / and sleeping with someone you love / I love you ain’t no pick up line so / always stay humble and kind,” he sings with surprisingly small fanfare but high conviction.

It’s admirable to see a superstar like McGraw release something with so little flash. There’s some less traditional production/instrumentation choices on songs like “Losin’ You” and “Love Runs,” but they don’t drown out the messages or attempt to be trendy like on other recent albums. There aren’t any over-the-top fun or sexy songs here, but it doesn’t feel like something is lacking. Overall, Damn Country Music is a nice collection of songs that stays true to McGraw’s genuine, heartfelt spirit—something he should be very happy with.

Grab it on iTunes or stream below.