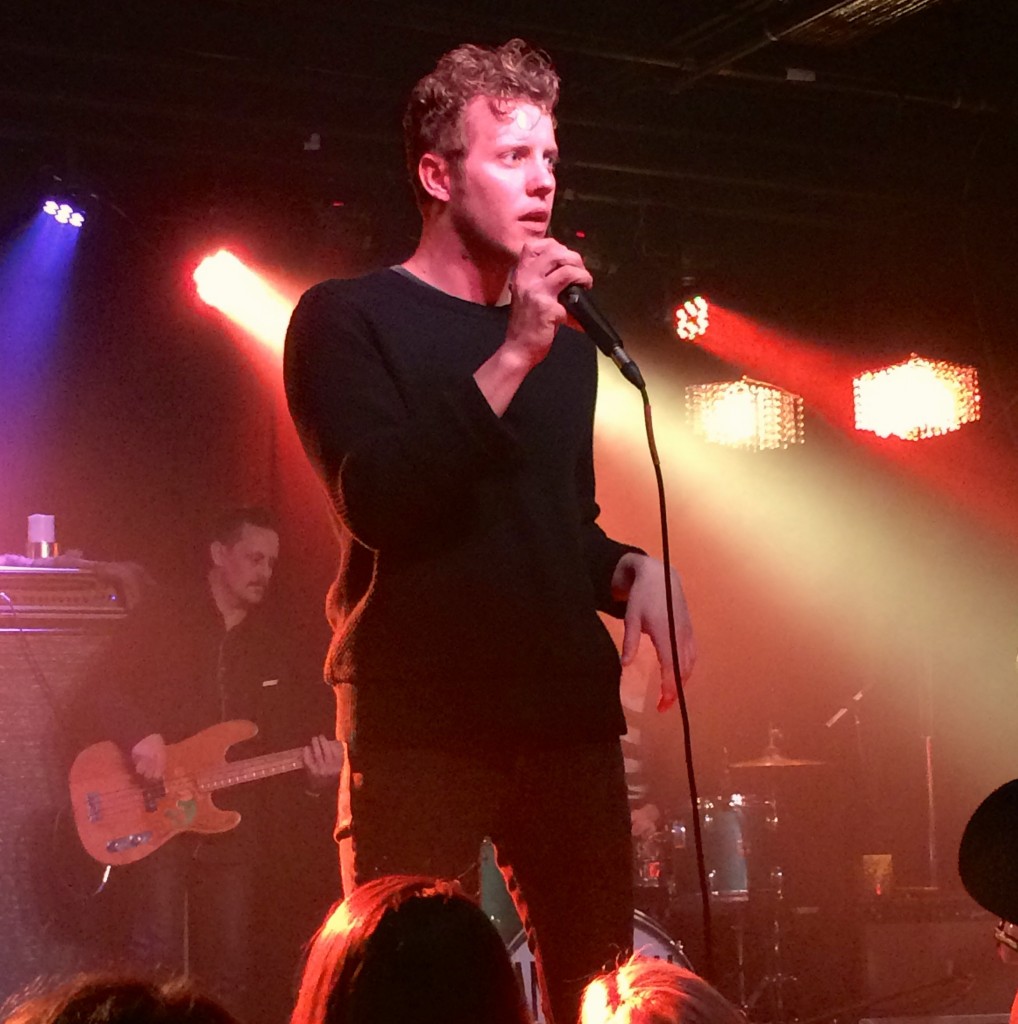 Watching Anderson East perform feels almost voyeuristic at times. His voice is so arresting that it must be coming directly from his soul – there is simply no other explanation for its rawness and power. His right hand holds the mic while his left moves uncontrollably in a strangely endearing way, as if completely possessed by the saxophone or drums behind him on stage.

The songs are simply in him – deep, deep down – and their outpouring quickly becomes a wildly intimate relationship between his searing vocals and the band’s vibrant accompaniment.  Except it’s a packed live show, and a crowd of people are watching this intensely personal exchange. The energy is constant and saturating – it’s difficult to snap a photo of East because he never stops moving – and if you’re not feeling it by the end of his opener, “Find ‘Em, Fool ‘Em And Forget ‘Em,” East is certainly not at fault.

East, a native of Athens, Alabama, who now calls Nashville home, performed at The Basement East last Saturday night to a completely sold-out crowd. Brent Cobb (cousin of producer Dave Cobb and a fellow Southern Family classmate) opened the show, leading with “Down Home” from Family, released just the day before. He later invited East to sing a duet of a love song with lyrics like: “I was yours, you were mine, and all was right with the world.” Cobb’s songwriting prowess was evident, and each song felt like rootsy, traditional, true country that somehow could take over modern airwaves at any given point.

East then took the stage, flanked by his band members and decorative vignettes with candles and roses. He began with a series of upbeat tracks from his 2015 album Delilah (“Find ‘Em, Fool ‘Em And Forget ‘Em,” “Quit You,” and “Only You”) followed by a smooth cover of Mariah Carey’s “Always Be My Baby.” He counterbalanced the high-energy vibe with an acoustic solo set mid-show, highlighted by the tender ballad “What a Woman Wants to Hear” and an echoing rendition of “Lying in Her Arms” that brought the once-buzzing audience to silence.

Other notable performances included a John Mayer-esque cover of Van Morrison’s “Tupelo Honey” and the motivating “Keep the Fire Burning,” prefaced by advice from East’s father: “My old man told me you’ll be alright if you can keep all your sh*t in one sock … So this is a song about keeping all your sh*t in one sock.” He introduced “Learning,” his Southern Family contribution, with a shout-out to Dave Cobb and proceeded to practically blow the roof off the venue.

The more he played, the more the audience moved. One second, East proved self-aware and commanding, the next he was bouncing from stage right to stage left, completely lost in the music. He fits all the cliche descriptors of a good live show – rousing, powerful, emotional, intimate, energetic, etc. – but convinces his audience that the descriptors actually belonged to him from the start.